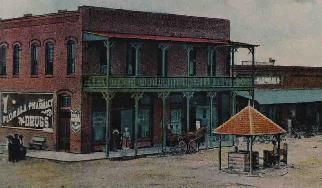 CareMed, a home healthcare equipment store, owned by Florala Pharmacy, Inc., opened the very next day, after selling Pharm-a-care pharmacy to Rite Aid on November 7, 2013. Our knowledgeable and caring staff will continue meeting the needs of our customers and patients, just as they have done over the years.

Florala Pharmacy, located in Florala, Alabama, continues to be a full-service pharmacy that expanded its product line and customer service over the years to meet growing demands. What started out as simple remedies, tonics, and cure-alls has evolved to offering high tech pharmacy services such as hormone replacement therapy, pain management and counseling, a staff of highly qualified professional pharmacists, respiratory therapists, mastectomy fitters, orthotic fitters, and dedicated and caring employees eager to meet the needs of their patients.

Smith says: “It is our goal to treat our patients and customers with the same care and concern with which we would want our own families or ourselves treated. This is why I believe in Independent Pharmacy, “Hometown Folks, taking care of hometown folks." I am truly blessed to have such a fine professional, technical, and support staff.”